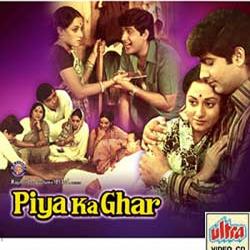 I'd gone to Mumbai (how I still love calling the maximum city Bombay; it sounds romantic) in 2009 with my husband. After a day of sightseeing, we both took time off to meet our respective friends. While he sat down for his beer and gossip with his school friends, I went about town with a friend-cum-colleague. We went from one part of the city to another, and I suitably gaped at Jalsa, Mannat, Salman Khan's house (his dogs were being taken for a walk at bandstand!), Kareena Kapoor's house and Shahid Kapoor's house. While we licked our ice-golas and chatted with merry candour, Aditi (that's my friend) told me that she has been very busy trying to let out her family's 1BHK flat. And guess what they were charging as rent? Rs 40,000 for 750 square feet! The moment she quoted the numbers, many things crossed my mind (apart from almost choking at that point!).
I said to myself, "So there goes the dream of darling hubby of ever living in this city. How can I give up a comfortable life in the Capital for a matchbox existence in the city he loves so much? Yes, I love films alright, but it's absolutely okay to watch them on television. I don't have to live with the stars in this city! Rs 40,000 for 750 sq ft!!! Are they kidding me?" 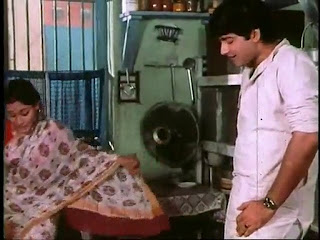 I hear that Mumbai's real estate and dwelling costs have always been so. While living space comes at a sky-high premium today, the city continued to be just as expensive to live in even years back. The lack of legroom meant that people jostled for space in tiny quarters and owning an accommodation meant you were king, no matter how tiny it was. Mumbai's chawls were famous (I am still quite intrigued by them. They bring back memories of yore when people used to exist together. You had no relation amongst yourselves but you were one big happy family). I hear the chawls have made space for some ugly high-rises that make promoters and the city-dwellers happy. But they lack the character seen in these chawls.
Basu Chatterjee's Piya ka Ghar gives us a glimpse of that life while also highlighting the problem of space and accommodation in Mumbai (then called Bombay so I will do that too). Girdharilal Sharma is a middle class man who is lucky enough to own a home in Bombay. But is that home big enough for his family? It is a one-room apartment in a chawl and his house is forever busy with guests and neighbours. So even though his newlywed son and daughter-in-law crave some privacy, they struggle to find some. It's a funny yet sensitive take on a situation that still cripples many in the maximum city. 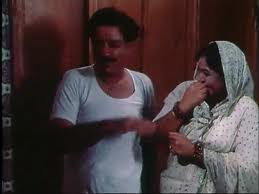 Girdharilal's (Agha) family goes to a village and come across Malti (Jaya Bhaduri), who is from a well-to-do family. Her paternal uncle dotes on her and is looking for a suitable groom for her. A matchmaker convinces the uncle that Malti would be happy with Ram Sharma (Anil Dhawan) who has a decent job in Bombay and whose father has his own home there, a quality that puts Ram's candidature for Malti's hand right up there. For, no everybody can afford a place in Bombay and that the Sharma family owns one means that Malti would be living like a queen there. Though the uncle is a bit miffed at how Shobha (Ranjita Thakur), the elder daughter-in-law of Girdharilal, dresses, he agrees to the match. The wedding takes place at Malti's house, after which she is brought to the Sharma household in Bombay. 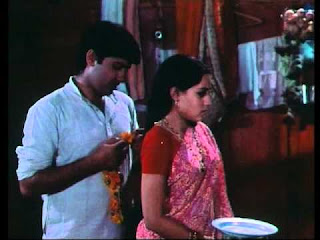 Malti is a bit taken aback by how the Sharmas live. It is a tiny little apartment in a chawl occupied by six people; she makes it seven. Girdharilal and his wife (played by Sulochana Chatterjee) sleep in the living room with their youngest son. The elder son Shiri (Suresh Chatwal) and his wife Shobha sleep in the only bedroom they have. So that leaves Malti and Ram the kitchen to sleep in. That's certainly not what Malti expected. Well, if that wasn't enough, the whole day the house has guests and neighbours traipsing in the house, leaving no room for Ram and Malti to share some moments of privacy. Girdharilal is retired and is forever playing cards with his neighbourhood friends, his wife is always there in the house as she has nowhere to go. Though Shiri takes his wife out sometimes, they don't have the good sense of leaving the bedroom for the newlyweds. They selfishly occupy that every night and obviously have a good time, while Ram pines to consummate his marriage with Malti but can't because of the lack of space! Malti also yearns for intimacy but has to keep her mouth shut. 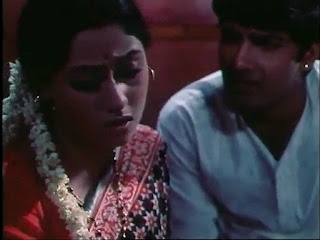 Every evening she dresses up and waits for her husband. Sometimes the family members are away for some reason or the other, but as luck would have it, Ram either comes late or even when Ram comes early and the lovebirds think this is it, some silly friend drops in with his wife. Shobha is sensitive enough to understand Malti and Ram's plight and plans movie and theatre outings for her mother-in-law, but still the newlyweds cannot make maximum of the situation. As days go by, Malti is seen whiling away her days in the kitchen while hoping against hope that she and her husband get close by a stroke of sheer luck. My question is why doesn't Malti coax Ram to take a separate accommodation for sometime? Perhaps, being a nice girl who cannot imagine separating her husband from his family, she silently bears everything. But come to think of it, no woman, who has been married recently, deserves to live the way she does. She tries to keep a happy and stoic face despite several odds. 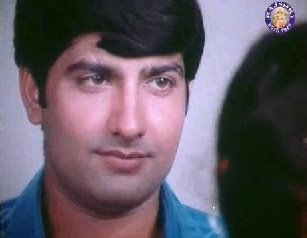 Ram takes refuge in an office colleague to get ideas on how to save the situation but flops each time. Sometimes at the hands of fate and sometimes co-incidences. Frustrated and driven up the wall, he takes Malti to a hotel where they check into a big room. Malti is initially happy because it looks all romantic, but a sudden reality check brings all her dreams crashing down. She feels desperate and humliated. How is she supposed to overcome this ignominy and carry on with her life? Ram has to make it up to her. How long will it take for the Sharmas to understand her predicament? Piya ka Ghar is a subtle yet brilliant picture showcasing the middle-class problems in Bombay, with a light-hearted twist. 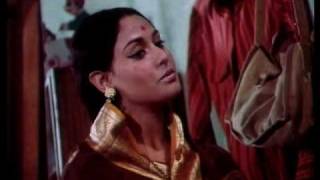 The casting is apt in this 1972 film and the title track composed by Laxmikant Pyarelal is rather sweet. It depicts a young girl's wait for her lover and how she wants to spends the hours with him. Jaya Bhaduri is just perfect as Malti. Soft, sensitive yet mature, Malti grows from a young girl to a mature and sensible adult by the time the film ends. Anil Dhawan doesn't have too much to do but gives Jaya Bhaduri good company. The film wins because it's got a good story and a pleasing narrative. The characters fall like pegs in the story's scheme of things. The easiness of the plot makes the film even more watchable.
Malhar beckons with his toothless smile and cooing. It's Mommie time again...
But yes, it's feels really good to be back!
Posted by Sharmi Adhikary at 10:47