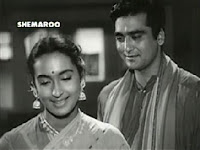 Bimal Roy's Sujata is a celebration of purity and innocence. This 1959 film focuses on the evils of casteism, but the approach is subtle and straightforward. A single family forms the microcosm of a caste-ridden society, blinded by superstition. The comment is pointed, without much pontification. Full of breathtaking imagery, this is one enduring classic.

Wholesome. That describes Mera Saaya, Raj Khosla's courtroom thriller. And, just like a shadow, this 1966 masterpiece stays with you. With a unique plot, nuanced approach, mindblowing music and stunning performances, Mera Saaya is a gem that never goes out of fashion. In fact, tu jahan jahan chaley ga, Mera Saaya saath hoga...

What made Nassir Hussain's pictures a box-office sellout? I say, fetching wo

men, fabulous music, picturesque locales, smart heroes and a roughly tolerable plot. You get ample of that in the 1963 romance Phir Wohi dil Laya Hoon. The director etches a credible love story with plenty of song and dance, a menacing villian and fun situations in lovely Kashmir. Yes, you get to see the heavenly place before it got ripped apart!!!

Chor bahut chalaak hain. But, even more clever are those who created this chor. The year was 1967. Navketan gifted filmlovers a movie whose magic is yet to be replicated. Dev Anand and his younger brother, Vijay outdid themselves. They made Jewel Thief, a rare suspense thriller that is sleek, stylish and engaging. In the same genre as Hitchcock, and maybe a little of Bond, this jewel of a film sends chills down my spine after every frame. I am yet to be done with it... 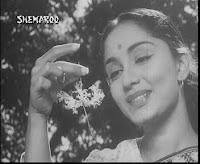 Kanhaiyalal, a well-known character artist in the Hindi films during the 50s and 60s, was kind of typecast. He always played cunning old men striving to fatten their own coffers. In Bimal Roy's Parakh, the delightful actor is at his petty best as the village priest. He camouflages his selfishness and greed with religiosity. He uses God for his own benefit. Everytime he sneaks up behind a tree to sleuth about two lovers, eavesdrops into a private conversation, plots with the village moneylender or fools God-fearing villagers, you clap and wait for his next serve. I'm not even going into the way he mouths "Narayana, narayana". Simply rollicking!! 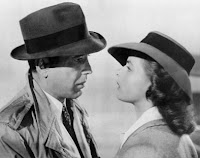 "Here's looking at you kid," says Rick Blaine as he raises a toast to Ilsa, his love. Humphrey Bogart mouths this famous line four times in the two-hour drama and each time his eyes are as earnest as his tone romantic. The intensity of emotions and raw appeal turns me wobbly in the knees. And I feel, where have all these MEN gone?

Dharam Dev Pishorimal Anand writes his heart out in Romancing with Life, his autobiography. He traces his roots to Gurdaspur and recalls his struggles as a strapping but thin 25-year-old jobhunting in busy Bombay. He dots the narrative with multihued incidents from his film career and personal life that made him DEV ANAND, the star. While doing so, he credits Vijay Anand's Baazi for making him a household name.

Love holds (An Affair to Remember) 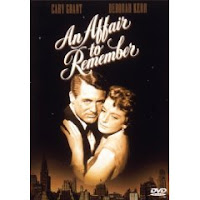 Simplicity can be quite profound. That's why An Affair to Remember holds its ground even today. Because it is a magical concoction of simplicity, warmth and love. The 1957 Leo McCarey classic grips us with its tight storyline, sudden twists and mushy sequences. The music, especially the soulful title track composed by Harry Warren, lodges itself in your heart long after the end credits roll. The lead characters, Deborah Kerr and Carey Grant, instill your faith in romance. And the endearing Grandma is the perfect icing on the cake.
Grant's portrayal of Nickie Ferrante is immaculate. He is suave and has a heart of gold (amid his hectic schedule of pursuing beautiful women, he accomodates his regular trips to meet his ageing grandma). This ace almost wins over beautiful Kerr, who he meets while on a cruise. 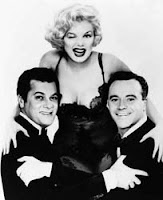 Okay, pop quiz. What do Rishi Kapoor and Tony Curtis have in common? Apart from great looks, rivetting performances and sexy voices. Well, here goes. Kapoor's Dev was a duplication of Curtis' Joe in the 1975 film Rafoo Chakkar. Inspired by the 1959 classic, Some Like it Hot, this film was a typical Bollywood masala flick. Only, where the Hollywood comedy trumped, the Hindi cousin bungled...it lacked a soul.
Both films did well but collections don't always mirror good art, or do they? Here's why I vote for the Curtis-Monroe roller-coaster rather than its Hindi cousin.
First things first.

What a beginning!!! (Masoom) 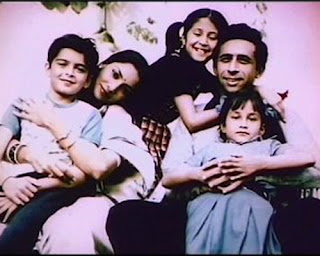 There is a scene in Shekhar Kapur's Masoom where Mini tries to lighten the air of tension looming large over dinner. She doesn't know that her parents have had a nasty fight, resulting from her mother's new-found knowledge that her father has cheated on her in the past. Ignorant of the prevailing bitterness between the couple, she breaks into a mischievous, "Tayyab Ali pyar ka dushman hai hai..." before fading off to just a whimper.
This scene, eminently forgettable to many viewers, stay etched in my mind to this day, almost 15 years since I first watched Masoom, Kapur's directorial debut and definitely one of his best treatises on the complexity of human emotions.

I have to tell what I felt when I saw Shammi Kapoor lipsyncing to Tumsa Nahin Dekha. What I felt when he as Anil Kumar Sona said, "My my, too many things for a little girl like you." This scene from the thrilling Teesri Manzil, featuring the coolest Kapoor, curvaceous Asha Parekh and a hilarious fat somebody, is a definite rewind when I play the cult classic. It's like I roll my eyes, and my tongue, when the protagonists bombard against each other, a definitive foreplay to two and a half hours of cinematic pleasure. Catchy story, compelling performances and mindblowing music from Panchamda, this Vijay Anand classic is one reminder why I love old films. Because, they are lovable and they remind me of my father: the umpteen hours both of us spent watching classics and later discussing them and tch-tching on how they don't make films like that anymore.
Yes, they don't. Where have all the Mary Poppins gone? Where are films like Gene Kelly's Singing in the Rain? Or maybe, The Sound of Music? Why doesn't anyone look oh-so-romantic like Yul Brenner in The King & I? Where have all of them gone?
No, Shammi Kapoor is not my only favourite. And, Asha Parekh is just one of them who I love smiling at. There is a whole gamut of actors, lyricists, directors and musicians. The constellation that made old films such a spectacular universe. But yes, Shammi Kapoor, the dancing prince, has yahooed his way in my heart! But my heart is quite roomy and there is place for more talents.
There is a joy, a connect I have with old films-both Hindi and English. Something that makes me feel with them, for them. Something that draws me to them. It's too small a life, I feel, to fit all those great films that were made during the golden years of the Hindi and English film industry. But till there's time, I'm here to see and love them all. Well, love not maybe, but watch. And watch well. Therefore, read on then...

Posted by Sharmi Adhikary at 04:53 5 comments